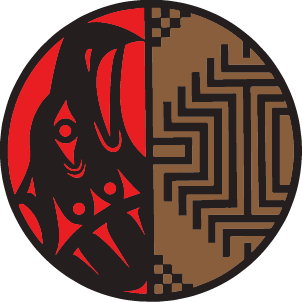 Native Knowledge 360° (NK360°) provides educators and students with new perspectives on Native American history and cultures. Most Americans have only been exposed to part of the story, as told from a single perspective through the lenses of popular media and textbooks. NK360° provides educational materials and teacher training that incorporate Native narratives, more comprehensive histories, and accurate information to enlighten and inform teaching and learning about Native America. NK360° challenges common assumptions about Native peoples—their cultures, their roles in the United States and world history, and their contributions to the arts, sciences, and literature. NK360° offers a view that includes not only the past but also the richness and vibrancy of Native peoples and cultures today.

The Evergreen State College - Culturally relevant curriculum and teaching resources in the form of case studies on key issues in Indian Country.

Roger Fernandes, a citizen of the Lower Elwha Klallam Tribe, shares several tribal stories from tribes from across the state and region. Mr. Fernandes has been given permission by the tribes to tell these stories. In addition to the stories, this resource provides transcriptions of the stories and alignment to the Next Generation Science Standards with possible lesson suggestions on how these stories can be incorporated into the classroom.

About the project: OSPI and Washington state Leadership and Assistance for Science Education Reform (LASER) received a grant from the Environmental Protection Agency to upgrade three commonly used elementary science instructional materials with environmental and sustainability concepts. In addition, the upgraded lessons incorporate Native American stories related to science and sustainability. Each upgrade was done by expert professional development providers and vetted by other providers and teachers.

During the latter part of the 20th Century and beginning of the 21st Century, the National Park Service (NPS) engaged in an historic effort to coordinate a massive undertaking of bringing together entities from tribal, national, state, regional, and local communities during the Lewis and Clark Bicentennial Commemoration, Corps of Discovery II: 200 Years to the Future. Contributions by NPS personnel made sure that the voices of American Indian people were heard telling their stories in the Tent of Many Voices throughout the Bicentennial commemoration and that the efforts of hundreds of people along the Lewis and Clark National Historic Trail were recognized during the commemoration. The Tribal Legacy Project website contains presentations in the Tent of Many Voices and the publication, "Enough Good People: Reflections on Tribal Involvement and Inter-Cultural Collaboration 2003-2006." This work led directly to "Honoring Tribal Legacies: An Epic Journey of Healing." The Honoring Tribal Legacies website was designed to benefit from the collective wisdom that can be gained from a shared history that simultaneously embraces the past, present, and future.

Welcome to the Indian Land Tenure Foundation's website for its Indian land curriculum, Lessons of Our Land designed for Head Start and K-12. Also available are college course materials addressing: Native Land Tenure History and Strategic Land Planning. The curriculum and resources are provided free of charge to individuals who register. You must register in order to view, download and/or print the full curriculum.

The Treaty Trail: U.S.-Indian Treaties in the Pacific Northwest

Developed by the Washington State Historical Society: Examine treaty negotiations in early Washington Territory, following in the footsteps of Governor Isaac Stevens, artist Gustav Sohon, and the native peoples who were displaced in the process. Complements the WSHS Traveling Exhibit "Northwest Treaty Trail: 1854-1856."

The State We're In: Washington

The State We’re In: Washington is an online and printed educational publication developed by the League of Women Voters of Washington Education Fund. Part of a larger Civic Education Project, this instructional resource establishes the link between public participation and effective government.  The following chapters focus on tribal history and tribal governments.